A day ago, it was possible, even sensible not to read too much into eye-catching crypto price moves in the wake of major industry news. Bitcoin’s break above $12,000 after all, followed a third attempt in as many months, and as we noted, was not immediately backed by significant trading volumes.

Well, we’ve had to drop that attitude.

With Bitcoin going on to score another upside milestone in remarkably short order—this time briefly touching $13,000 for the first time in over a year—the emotional charge behind the moves is no longer in doubt. Rudimentary analysis demonstrates that BTC trended higher in the hours that followed PayPal’s big reveal on Wednesday.

What’s more, given that the payments giant’s announcement went a step further than even the most bullish predictions about its crypto integration, Bitcoin’s advance wasn’t the only reaction that went beyond run-of-the-mill.

The biggest crypto beneficiary by price was not in fact Bitcoin. Instead, it was the ninth-largest digital token in market value, Litecoin, that moved most. Bitcoin’s peer-to-peer focused rival galloped as much as 12% on the day at one point. Its outperformance of the other ‘altcoins’ PayPal will allow on to its platform—Ethereum and Bitcoin Cash—as well as BTC, might be an artefact of LTC’s relatively low dispersion across derivative markets compared to other digital assets. Perhaps the strength of Litecoin’s jump can also be put down to the proximity of additional promising news in the shape of a possible cross-chain tie-up with Cardano.

Either way, Litecoin/USD reaction price reaction was akin to that of Bitcoin, with sentiment definitively buoyed as illustrated in the chart below. 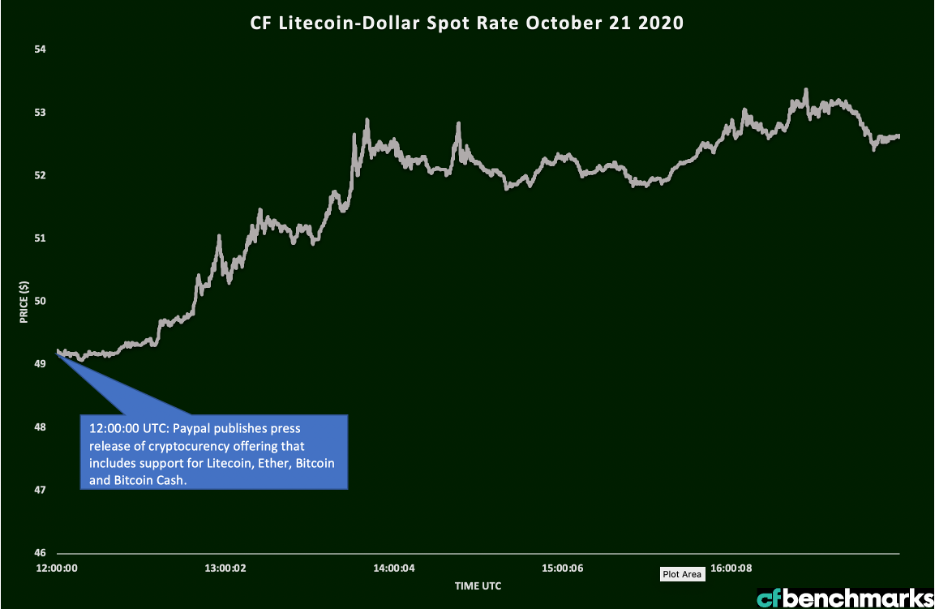 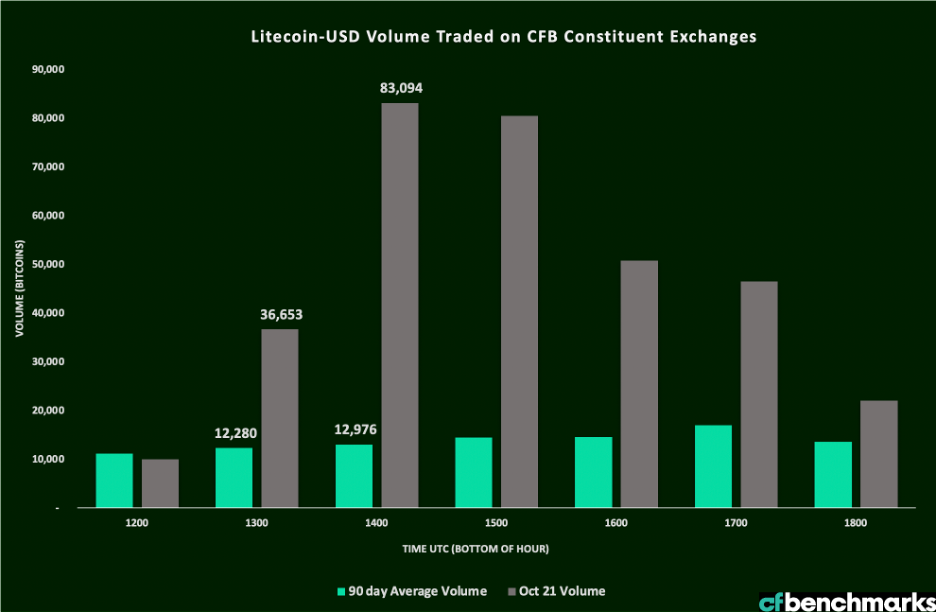 In short, although their reactions were more emphatic than timely, the reaction of both Bitcoin and Litecoin markets confirm that this week ought to go down in history as one in which cryptocurrency adoption reached a major inflection point.